GPD’s next handheld gaming PC will be a mini-laptop powered by a choice of an Intel Core i7-1280P Alder Lake processor with 14 cores, 20 threads and Intel Iris Xe graphics or an AMD Ryzen 7 6800U chip with 8 cores, 16 threads, and Radeon 680M graphics based on RDNA 2 architecture.

First announced in March, the upcoming GPD Win Max 2 has a 10.1-inch screen and supports up to 32 GB of RAM, holds two SSDs, a QWERTY keyboard and built-in game controllers. It will be available for pre-order through a crowdfunding campaign later this year, and GPD has started sharing the real world pictures and videos shows off the new design.

Win Max 2 has a screen of 2560 x 1600 pixels, although GPD configures the resolution to 1920 x 1200 pixels in Windows for better gaming performance. Users should be able to adjust this if desired.

GPD had previously chosen lower resolution displays such as the 1280 x 800 pixel panel in the original GPD Win Max, as you generally get better performance from integrated graphics when you do not ask the GPU to squeeze as many pixels. But the company says that Intel and AMD’s latest chips both provide significant improvements to integrated graphics, so many newer games can run at 45 to 60 frames per second with resolutions.

The monitor also supports 10-point capacitive touch input and has an active digitizer that supports 4096 levels of pressure sensitivity when used with a Microsoft Surface Pen or other stylus that supports the Microsoft Pen Protocol. 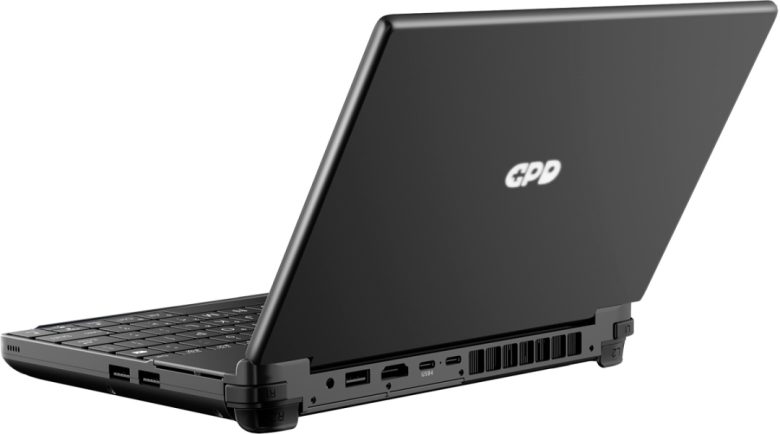 Models with Intel chips use LPDDR5 5200 MHz memory, have two Thunderbolt ports and use 20 to 64 watts of power, while AMD versions top with 30 watts and have two USB4 ports that are not Thunderbolt certified. But a GPD Win Max 2 with an AMD processor has faster memory, with LPDDR5 6400 MHz RAM.

Both versions will be available with 16 GB or 32 GB RAM and 1 TB or 2 TB PCIe NVMe solid state storage. There is also an M.2 2230 slot that can be used to add an additional SSD without removing the back cover, as well as an additional slot for an optional 4G LTE module.

There is also a microSD card reader with support for cards up to 2 TB and speeds of up to 300 MB / s, a built-in camera (below the screen, like the camera on the GPD P2 Max mini-laptop), quad speakers, a built-in in fan, a backlit keyboard and an aluminum-magnesium alloy chassis.

The ports include two Thunderbolt 4 or USB4 ports, three USB 3.2 Gen 2 ports, a full-size HDMI 2.1 port and the laptop has a larger battery than the original GPD Win Max, and support for 65W fast charging.

The system is actively cooled, which means that there is a fan inside the cover that will generate some noise. But it would be strange to send a handheld with so much horsepower, place it like a gaming machine, and not features active cooling.

GPD has updated the design of the Win Max a bit, with the power button moved to the side of the device (previous models had it above the keyboard). There is also a fingerprint reader built into the power button.

And the keyboard has been redesigned, including larger Caps Lock, Tab and number keys. Although touchwriting was not that difficult on Win Max, it should be easier on Win Max 2.

GPD also adds covers for the joysticks to the mix, so you can transform the aesthetics of Win Max 2 so that it looks like a more traditional laptop instead of a gaming device.

There are still dual analog sticks, a D-Pad, X, Y, A and B buttons and other keys located above the keyboard that allow you to hold Win Max 2 like an oversized Nintendo DS, but you can cover them so that only the trackpad is visible. 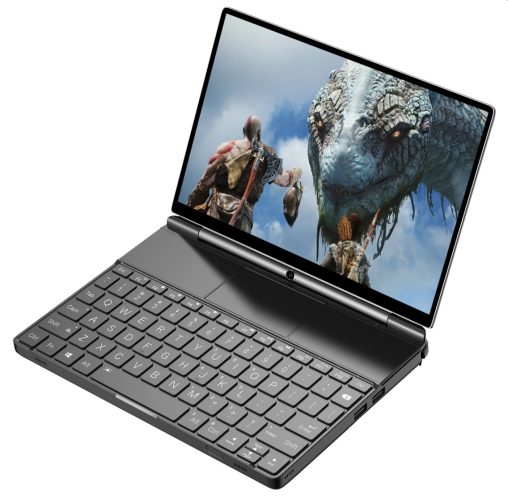 There are shoulder buttons with linear triggers, dual vibration motors and 3-axis gravity and 3-axis gyroscopic sensors for motion control. There are also two buttons on the bottom that can be mapped by users to perform a variety of actions.

That said, the Win Max 2 sounds like a monster of a handheld gaming that is an upgrade in almost every way compared to previous generation models … but which I have to imagine will also be quite expensive, given the spec sheet. And that can make it hard to sell when Steam Deck starts at just $ 399, and other upcoming handheld devices (with less horsepower) have even lower starting prices. 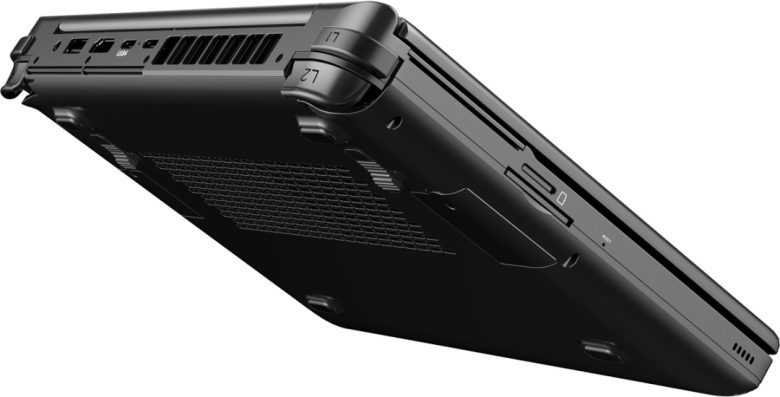 That said, Steam Deck does not have a physical keyboard, and although it has some of the most powerful graphics available in a handheld, Win Max 2 will have a significant advantage when it comes to CPU power, which can do it to a better solution for people looking for a handheld gaming PC that can be used as a full-fledged, versatile PC.

Prices and availability will most likely be announced closer to the release.

Liliputing’s primary sources of income are advertising and affiliate links (if you click the “Buy” button at the top of the page and buy something on Amazon, for example, we get a small commission).

But there are several ways you can support your site directly even if you use ad blocking * and hate online shopping.

Contribute to our Patreon campaign

* If you is By using an ad blocker like uBlock Origin and seeing a pop-up message at the bottom of the screen, we have a wizard that can help you disable it.

Rumors of specifications for the Nvidia RTX 40 series

Aya Neo Next, an excellent handheld gaming PC, is available for order now